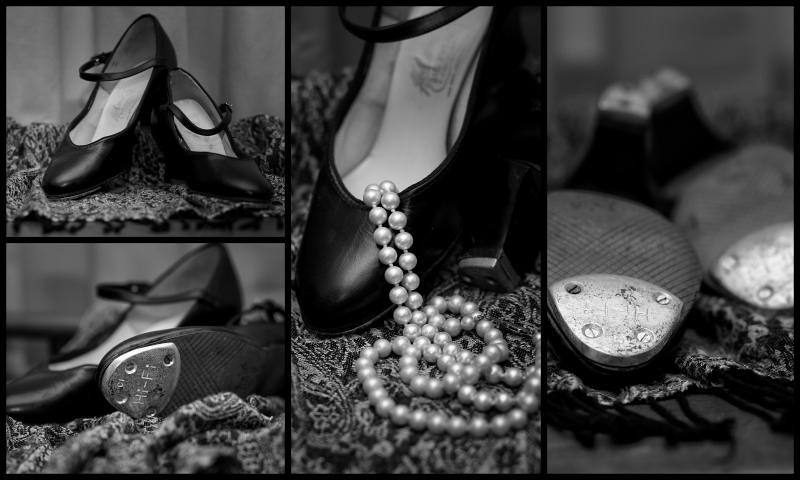 Every skilled tap dancer knows from experience that tap shoes are like a musician’s instrument. Without instruments or tap shoes, the music can no longer play and the rhythm fades away from the spotlight. It was several decades before tap shoes adapted to a dancer’s unique needs, which helped create the classic modern-day tap shoes that have leather and metal plates.

In the 1600s, before tap shoes were even invented, African American slaves would use their bare feet as percussive instruments on the decks of wooden ships. This created a new form of dance style known as tap dance, and it highlighted the incredible abilities of a dancer’s fast-moving feet.

During the early 1900s, tap dancing and tap shoes continued to evolve as it became a true American art form. As a result, tap dancers found more efficient ways to produce the tapping sound by hammering pennies or nails into the soles of their shoes. Then around 1910, metal plates were added to tap shoes, which further developed tap dancing as both music and an original style if dance. It’s a mystery who first added metal tap to tap shoes, but it revolutionized both past and modern-day tap dancing.

With the introduction of metal plates on tap shoes, tap dancing quickly became a popular form of art and entertainment. Before long, tap dancing took the entertainment industry by storm and was even featured in several movies and live performances. Many people like Ginger Rogers, Fred Astaire, and Gene Kelly became well known for their tap dancing talents. In fact, Ginger Rogers popularized high heel tap shoes at a time period when fashion was flourishing quickly.

Today, tap shoes come in all different sizes, colors, and styles that dancers can customize to fit their needs. High heel tap shoes are now widely used in Broadway performances and musicals. The metal plates on tap shoes are now adjustable so that dancers can easily change the sound quality of their shoes. Most professional dancers still use the classic style of tap dancing shoes, which are lace-up oxfords that are made if leather. Split-sole shoes are now used by a skilled tap dancer because they allow more control versus the classic hard-sole tap shoe.

This is a text widget, which allows you to add text or HTML to your sidebar. You can use them to display text, links, images, HTML, or a combination of these. Edit them in the Widget section of the Customizer.